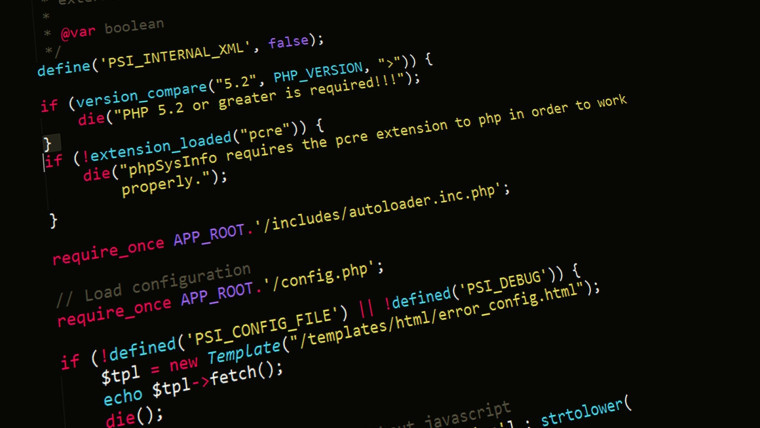 PHP has been used to develop websites since 1995. It runs behind a majority of websites and is the language used in content management systems such as WordPress, Drupal and Joomla to name a few.

The history of PHP has been spotty to say the least. As it is very easy to pick up the basics it has over the years attracted many hobby developers as well as, unfortunately, many hackers keen to exploit bad coding or bugs in the software when it was first released.

To address these problems many PHP developers now use frameworks to smooth out the problems and to help ensure they are writing clean, testable, secure code.

Many frameworks exist in PHP. Codeigniter, Slim, Zend, CakePHP, Yii and Laravel to name just a few. All have their strengths and weaknesses but all exist to smooth out the usage of PHP as a development language.

Laravel is currently the leading PHP framework and is actively developed and maintained with major new releases every 6 months. Any developer using PHP can pick up and use Laravel as it makes heavy use of the MVC (Model, View, Controller) design pattern popular across all the frameworks. This pattern separates how the developer interacts with the datastore (usually a database such as MySQL) how his / her code interacts with the data and users and how it displays output to users into separate concerns.

PHP itself has improved tremendously since its early days and is now, at its core, a more feature rich, stable and secure language having reached version 8.

How to seed a geographical POINT using Laravel / MySQL

Steps to Dokku and Postgres (with PostGIS) on Ubuntu 16.04

Guide: What is DNS?

Getting mcrypt extension working on PHP 7.3.6 and Homebrew on Macbook

Guide: What is a domain name?